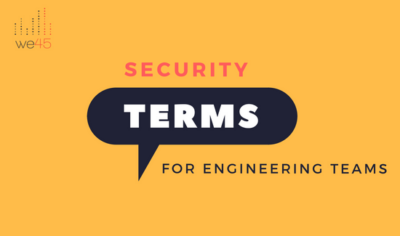 A significant shift, in the application development process, is towards security testing and DevOps. This leads to the conjuring of terms, new and existing, which are often confused and, used interchangeably. This article enumerates a few of these terms, that are imperative for the engineering teams to be aware of from an application security and DevSecOps standpoint.

Enjoyed the read? Click here for more awesomeness in DevSecOps.Links for further reading: