Integrating E2E and Application Security Testing: HOW To with NightwatchJS and OWASP ZAP 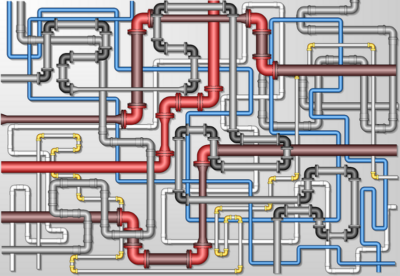 Ever since I started my journey in DevSecOps and Application Security Automation, one of the key areas of my work has been “Parameterized Scanning”. “Parameterized Scanning” started off when we were attempting to automate an application security test for one of our largest clients, a World’s Top 10 Travel Portal. Before Parameterized Scanning, the pen tester had to rely either on manually crawling through the application to identify parameters, consequently testing them to identify security vulnerabilities, or use the “spider” feature of the Web Application Scanner. The spider feature of most Web Application Vulnerability Scanners has become a relic that we should be associating with the dark ages. Why? Simply because traditional spidering simply does not work. Traditional spidering works on the principle of crawling a particular HTML page, discovering new links, forms, etc on the HTML page and attempting to identify more such pages with the same technique, recursively. This largely has been rendered obsolete today.

This creates a significant problem for DAST Scanners. Some of them provide “Recorded Authentication” settings. They figure that since “Authenticated Scans” (scans where you need to be authenticated as the user) are the only thing that’s important, they allow a user to record an authentication sequence in their scan tool and replay this scan sequence to recreate the authentication and subsequently, the scanner still resorts to spidering the application. This still doesn’t solve the problem, because spiders don't find anything anymore.

WHICH IS WHY - PARAMETERIZED SCANNING

As you can see, this model has some non-trivial benefits (only a few are captured here):

We at we45, have created a host of solutions/tools that facilitate Parameterized Scanning, right from our product Orchestron Client to RoboZap, RoboArachni (Github link) etc that can be used by our customers and the community at large to perform Parameterized, Automated Scanning, leveraging existing or new e2e tests. However, thus far, my examples and work had largely been with Python based libraries like Python-Selenium, Python-requests among others.

I have written this blogpost to showcase an experiment in a JavaScript End-to-End Testing Framework. I have been working extensively with NodeJS recently, so I thought that I would give this a shot and write about some of my experiences for everyone’s benefit.

For this example, I have used the following:

Steps in the Example

The first thing we want to do is set up Nightwatch to proxy the browser’s traffic through our ZAP’s proxy port. In my example, this port is 8090 (ZAP). Here’s a gist of the Proxy Settings in nightwatch.conf.js. I have also setup a bunch of other settings in this file, including the ZAP executable path, the report path, etc.

The next thing I did, was setup a “before” test hook. True to the name, this is a test hook that is fired, BEFORE the test commences. What I like to do is to start the ZAP executable in this hook and get it ready to receive requests from the E2E test. I have executed ZAP in the GUI mode, but adding a headless flag when you are invoking the executable runs it without the GUI (needed in CI-style environments)

Next, the E2E test executes and runs all the tests. Here, I have two very simple tests setup. This is your actual test.

Once the test executes, we want the browser to close. Subsequently, I signal to ZAP (through the ZAP JSON RPC service) to commence an “Active Scan” against the application. Once the Active Scan is triggered, its status (in percentage) is queried every 10 seconds. Be advised that with large apps, scans can take the proverbial “several hours”. Once the scan completes (100%), the result is written to the the report path (from nightwatch.conf.js) as a JSON document. Once all this is done, ZAP shuts down and all is well with the world All of this magic happens in the “after” test hook.

This entire example can be downloaded from this repo: https://github.com/we45/Nightwatch-ZAP